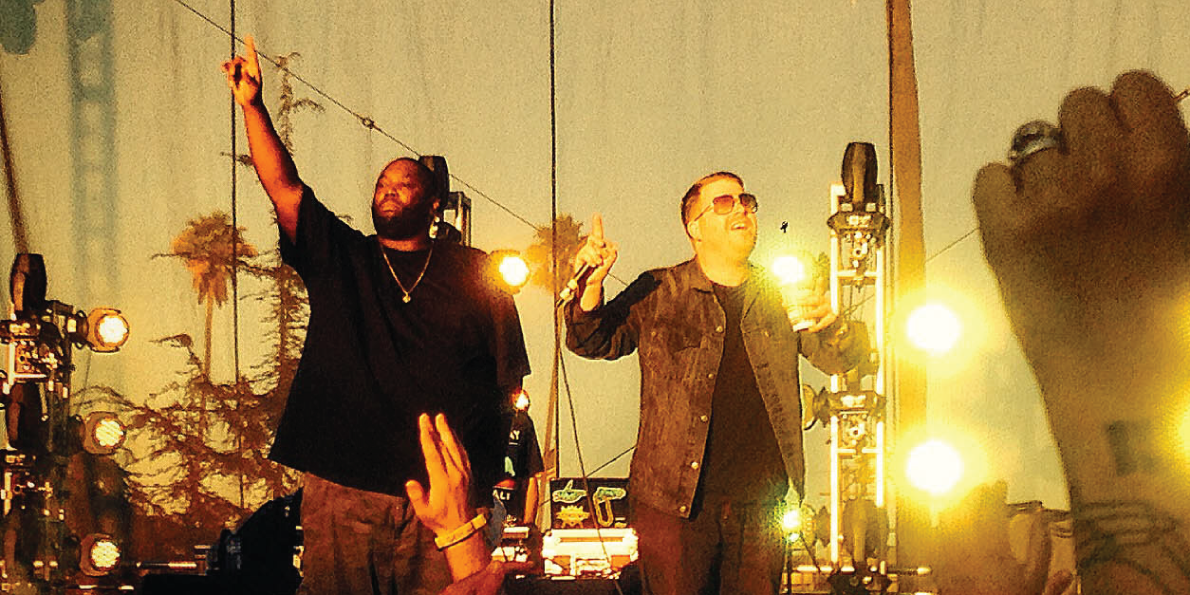 Last week it was announced that Run The Jewels would be performing at Banksy’s “bemusement park” Dismaland for it’s public debut. In a follow up for the announcement Banksy sat down with the duo rappers for an open interview for the Guardian.

One question posed by the enigmatic artist, was asked Killer Mike and EL-P about their take on Kanye West’s claim he’s the “greatest rock star in the world”.

El-P wouldn’t argue with the claim, and Killer Mike wasn’t far off: “Kanye is amazing and may be the greatest rock star in the world but Rihanna is the new Tupac (in feminist form), and as much as I love rock, ain’t nobody do it like Pac! Ri-Ri rules in my book.”

Banksy then asked some more somber questions, like whether they’d rather be remember as great musicians or good people. EL-P explained, “In my life I try to leave the people I encounter with the feeling that they have been respected and treated with warmth and appreciation.”

I don’t know what the hell the future brings. If I did, I would play the lotto and win the mega millions and buy toy cars, real muscle cars, sneakers and art. I cannot lie: as good as it feels to get my deserved props, the best part of reading social media after I meet folks is reading: “Mike was a nice guy”. I believe being honourable lasts longer than rapping good.

Check out The Guardian for the entire interview.

Nathaniel Rateliff & The Night Sweats collaborate with Jenny Lewis, Lucius’ Jess Wolfe on new single ‘What If I’

5 things you need to know about Matt Reeves’ ‘The Batman’