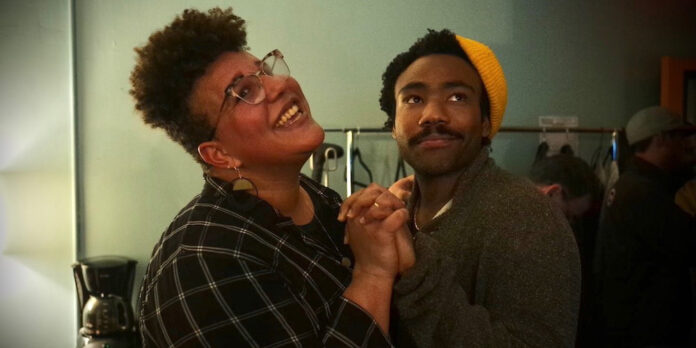 Best New Indie has got some amazing new tunes this week from renowned acts like Childish Gambino, Lorde, James Blake, Big Red Machine, and a posthumous release from Prince!

Check out this week’s Best New Indie below.

Lorde – “Stoned At The Nail Salon”

Lorde has shared “Stoned At The Nail Salon” from her forthcoming album, Solar Power. Co-written and co-produced by Jack Antonoff, the warm, emotive new single revolves around a smooth guitar line. The minimal instrumental riff allows Lorde’s captivating, vulnerable vocals to truly shine. Throughout the tune, Lorde weaves in and out of raspy solo vocals and layered choral moments. Lorde sings lines like, “And all the times, they will change, it’ll all come around/ I don’t know/ Maybe I’m just stoned at the nail salon.”

James Blake – “Say What You Will”

James Blake has returned to announce his new album, Friends That Break Your Heart, which is out on September 10th via Republic. As part of the announcement, he’s shared a video for his new single “Say What You Will.” “The song is about finding peace with who you are and where you’re at regardless of how well other people seem to be doing,” James Blake explains of the track. “Comparison really is the thief of joy.

Big Red Machine have shared “Phoenix,” their new collaborative track with Fleet Foxes and Anaïs Mitchell. Bon Iver’s Justin Vernon and The National’s Aaron Dessner are gearing up for their new album as Big Red Machine. “‘Phoenix’ was one of the last songs we wrote for this record,” Dessner explains. “I was thinking about The Band and the Grateful Dead… maybe imagining this Big Red Machine album was some version of The Last Waltz. Justin first heard it while driving and immediately the chorus melody came into his head. I shared the sketch with Robin Pecknold, who I’ve been a fan of forever and who I’d been dreaming would join us on this record.”

A previously unreleased Prince track called “Hot Summer” is out now! The new tune comes from the forthcoming posthumous album, Welcome 2 America, out next Friday, July 30th. The light summer anthem revolves around a groovy, danceable instrumental. With catchy harmonies and pulsing synths, this track will have you ready for a “Hot Summer.”

Internet famous punk sensations The Linda Lindas have dropped a rowdy new single called “Oh!” The new track marks the band’s debut release on Epitaph Records, who they stuck a deal with last month. With driven, raucous guitars and anthemic “Oh!”s, this track will have you ready to thrash around in your living room. Lyrically, “Oh!” is about feeling like you’re always doing everything wrong. The Linda Lindas sing punchy lines like, “When I say something/ I wish I had shut up./ And when I try to help/ I always mess it up.”

Aaron Maine has returned to announce his new album as Porches, All Day Gentle Hold ! As part of the announcement, he’s shared a video for the new single “Okay.” After isolating due to the pandemic, this new tune bursts onto the seen. Porches is determined to reconnect with the world through this upbeat, dreamy tune. The accompanying Maine-directed video comes packed with shots of Porches dancing in front of a painted New York. Decked out in an I Love NY t-shirt, Porches eventually changes into an angel and devil outfit.

Montreal indie-pop outfit TOPS have returned with their new single, “Party Again.” Alongside the single, they’ve announced a fall North American tour. “Last spring when all out tours got cancelled most of us ended up in Montreal and we spent the summer writing and recording some new songs,” TOPS explain. “The song we’re sharing today – ‘Party Again’ – seemed too appropriate to not use it to announce our rescheduled dates. The song is about missing someone that you only see when you go out.”

The Glorious Sons – “I Will Destroy The Void In You”

The Glorious Sons ditch everything they’re used to on their new single “I Will Destroy The Void In You.” The intimate track is striking and proves that the Kingston heavy-rockers aren’t just one-trick ponies. Their fresh sound seemingly sheds 80s ballads, grunge and alt-rock inspiration. Lead singer Brett Emmons’ lower octave croons over dreamy twinkling keys, smooth electric riffs and soft wooden percussion.

Toronto’s Laurent Bourque has shared a video for his new track “EASY.” The new single sees Bourque turning to a more uplifting pop sound while staying true to his punchy hip-hop beats. Serving as a collaboration between Bourque and Loser Supreme, this lighthearted tune revolves around a dance-worthy groove. “‘EASY’ is a song I made to help get me through the awful time we’ve all just lived through,” Bourque explains. “Every day, I would wake up and write happy upbeat music for my own benefit, to try and get myself out of feeling depressed and overwhelmed all the time. Making ‘EASY’ helped me keep going.”

Listen to our Best New Indie playlist below!

Cheap Teeth share their take on a summer anthem ‘What A Feeling, What A Day’