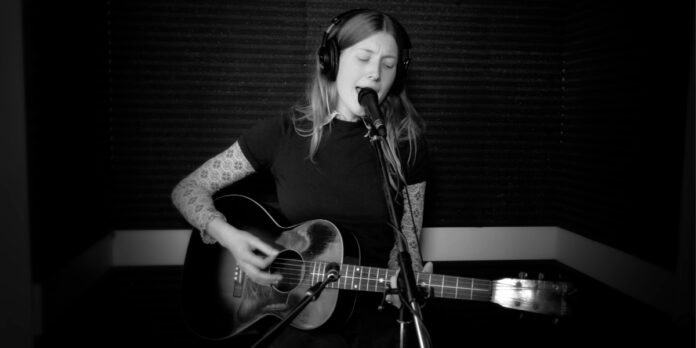 On this Indie88 Black Box Session, we’re joined by up-and-coming Toronto based singer-songwriter Georgia Harmer. The talented 22-year-old comes from a family of artists and poets, including her aunt and labelmate Sarah Harmer. Georgia started her professional musici career working as a backing vocalist for Alessia Cara. Last year she embarked on her own career in the spotlight, having released three singles after signing to Toronto label Arts & Crafts last fall.

Soon after signing, Georgia Harmer released her debut single “Headrush”, which was recorded live off the floor in a converted West Toronto garage studio. She performed a raw and intimate acoustic version of the track live in the Indie88 Black Box.

“I miss moments when I’m no longer in them,” Georgia says. “‘Headrush’ is about wanting to go back to a moment and be completely present. Back to that summer day I didn’t realize was heaven until it had passed, only grasping its potency in retrospect.”

Soon after, she released her second single “Austin.” The track finds the singer reflecting on the similar life paths her and her father share as touring musicians. It also features her father, guitarist Gord Tough, on lead guitar.

Keeping the momentum going, Georgia Harmer has just released another new track, “All In My Mind.” “I wrote it during a long period of emotional manipulation that made me question my own reality,” Harmer explains. “I had enough sad songs and I just wanted to rock out.” Harmer also released a self-directed and self-edited video for the new single.

Angel Olsen performs ‘All the Good Times’ on ‘Fallon’

The Best Sports Bars In Toronto: Welcome To Your New Gameday Home