A recent graffiti campaign might suggest that the highly anticipated fourth LP from Arcade Fire will be called Reflektor. The image (below) has been spotted around the globe from New York’s Knitting Factory to the Coliseum in Rome. According to Consequence of Sound, at least two different street artists are responsible for creating the graffiti have claimed it’s part of a campaign for Arcade Fire. 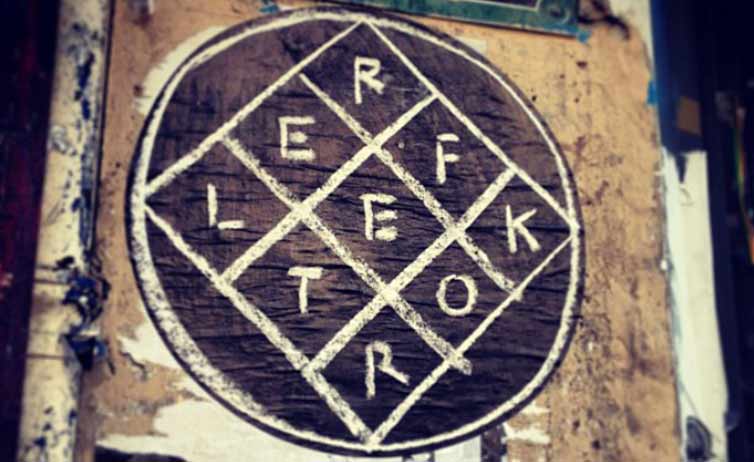 A mysterious Instagram account that recently popped up tracks the street art. Shortly after the Instagram account appeared, a website was discovered that showed a video of someone drawing the logo in chalk with music reminiscent of Arcade Fire. The clip was played between sets at both Lollapalooza and Osheaga last weekend.

The band has not commented on the campaign. The only official statement from Arcade Fire is the release date of the album that they tweeted out to a fan last month. Look out for the follow-up to Suburbs (2010), set to release on October 29 via Merge.