Incredible Concert Films from the 1990s 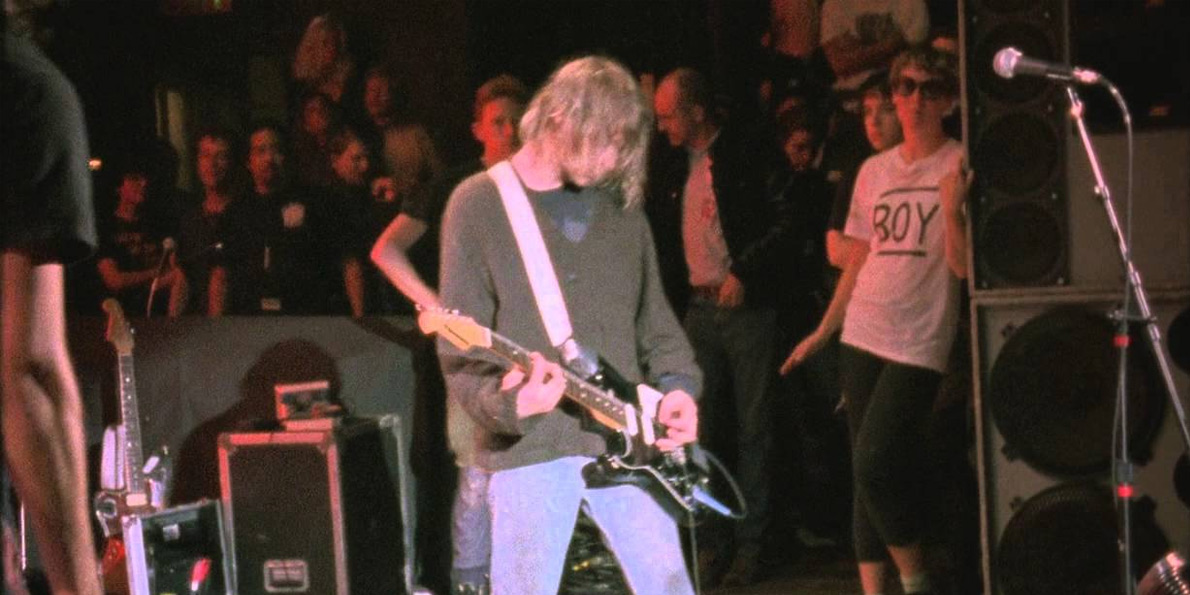 Since many artists are cancelling their tours and shows because of the rapid spread of coronavirus, we’ve put together a list of some concerts you can look back on from the comfort of your couch.

Check out some incredible concert films from the 1990s below.

The undisputed crown jewel of 90s concert films, Nirvana’s Paramount Theatre performance was beautifully shot on 16mm film only five weeks after they released Nevermind and blew up the world of music overnight. This tour originally featured Nirvana in the opening slot for Mudhoney, but the surprising massive success of Nevermind led the bands to swap spots. Shot on the final night of their North American tour, it is the only Nirvana concert to be recorded on film, and features songs from their debut record Bleach as well as set list staples “Aneurysm,” “Been a Son” and “Sliver.”

Arguably the most comprehensive documentation of the rapidly rising alternative music scene in the early 1990s, The Year Punk Broke captures Sonic Youth, as well as their contemporaries Nirvana, Dinosaur Jr., Babes in Toyland, Gumball, and The Ramones. The film ends right before the release of “Smells Like Teen Spirit,” making it an excellent prequel to Nirvana’s Paramount Theatre film.

Oasis’ There and Then captures the band at the absolute height of their 90s popularity, performing their three largest shows from their 1995-96 “(What’s the Story) Morning Glory?” tour. The film was captured at the now defunct Earl’s Court arena, and the Maine Road football stadium, the home of the Gallagher brother’s beloved team Manchester City F.C.

Portishead’s July 24, 1997 concert at New York City’s now closed Roseland Ballroom is the only official live release the band ever put out. Recorded with a full string section, the haunting performance led by Beth Gibbons’ incredible vocals stands as one of the best sounding concert films of all time.

This documentary film by Grant Gee captures Radiohead on their lengthy world tour following the success of their 1997 album OK Computer. It was a pivotal and challenging moment in the band’s career, with the ambitiously exhaustive tour culminating in the band members no longer speaking to each other. The film manages to capture some of their best live performances from that era, as well as the the band’s disaffection with the music industry, and their subsequent burnout.

Every iteration of Black Sabbath was fantastic, but you can’t top the original quartet of Ozzy Osbourne, Tony Iommi, Geezer Butler, and Bill Ward. The Last Supper captures the heavy metal icons during their short-lived original line-up reunion in 1997.

Shot from 1987 through 1998 on super 8, 16mm and video, Instrument features some of Fugazi’s best live recordings, as well as the recording their 1995 album Red Medicine.

Director Jim Jarmusch’s Year of the Horse captures “godfather of grunge” Neil Young on his 1996 tour with Crazy Horse. Shot on grainy Super 8 film, 8mm video, and 16-mm film, it’s both musically and visually quite possibly the grungiest thing Neil ever put out.

Since their first ever show at a University campus with almost nobody in the audience, Rage has executed some of the most explosively energetic live performances ever. This extremely raw concert footage captures Rage in the midst of their first major tour after their breakthrough debut album made them one of the biggest rock bands of the 90s.

Filmed just prior to the release of Trompe le Monde, the Pixies’ fourth and final record before the break-up of their original line-up. Despite defining the sound of alternative music in the 1990s, and directly inspiring Kurt Cobain to write “Smells Like Teen Spirit,” the Pixies only achieved modest popularity in the US. But the UK was another story, and their Brixton Academy performance in 1991 captures the band at their very best in front of their best audience.

The Pumpkins’ 1993 concert at the Chicago Metro showcases the band during the early days of their mainstream success, having just released their iconic Siamese Dream album.