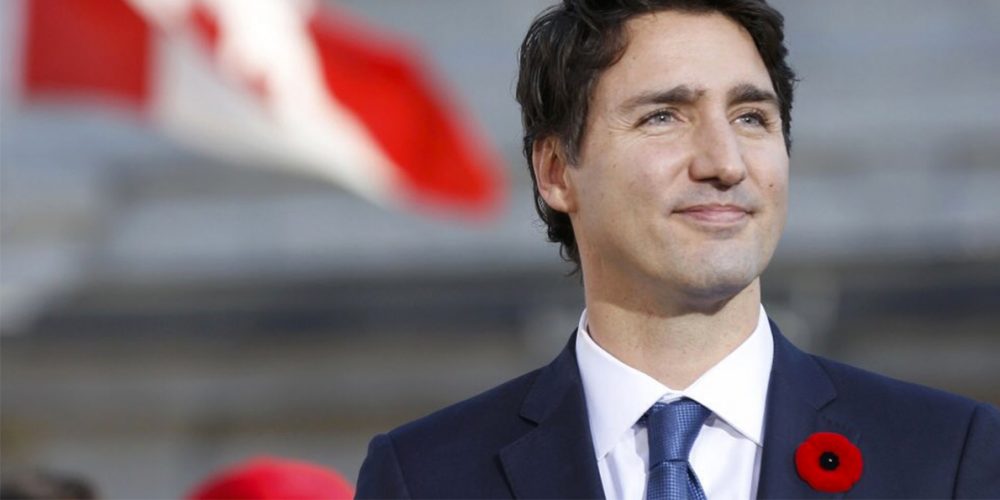 Canadian citizens have a lot to be thankful for today.

Our freedom, our leader, and the fact that we are not American. But it would be incredibly ignorant and naive to believe that last night’s election results will not affect us up here in the North.

Our fearless Prime Minister, Justin Trudeau, took to Twitter to congratulate Trump on his Presidential victory, stating that the two shared “similar values”.. hopefully he’s just referring to their commitments to their luscious locks, because the last we heard, Trudeau was a bad-ass, pride parade marching, Canadian feminist, with a knack for letting immigrants into the country.

In the statement, the Prime Minister said that the Canadian government looks forward to working with the U.S. on issues such as trade, investment, and international peace and security.

“The relationship between our two countries serves as a model for the world. Our shared values, deep cultural ties, and strong integrated economies will continue to provide the basis for advancing our strong and prosperous partnership,” Trudeau said in his statement.

Although the results have not been favoured by Canadian’s, Trudeau was just doing his job in congratulating the future President.

Lets all take a moment to collectively reflect on how grateful we are as Canadians to have a leader that supports the rights of minorities, women and the LGBTQ community.