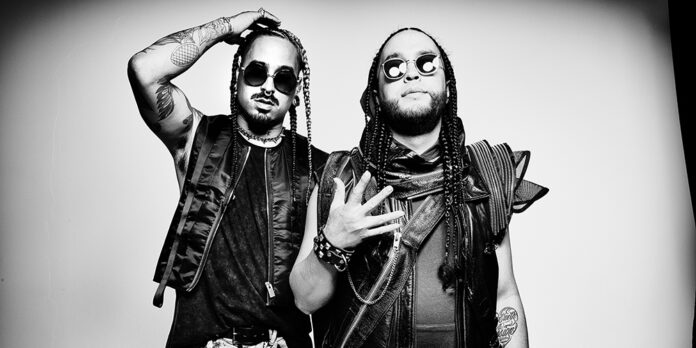 The track sees the pair looking at the ego. Snotty Nose Rez Kids look at it through the metaphor of a family member that is so in touch with their identity, and that’s strengthened by their community around them. The accompanying video comes packed with shots of the duo celebrating summer with their extended family. Directed by Sterling Larose, the video was shot on 16mm film. Actor Cody Lightning plays Snotty Nose Rez Kids’ very own “Uncle Rico.” The clip was actually filmed during one of the hottest days in west coast history in Vancouver, BC.

“Everybody has that uncle in the family that reminisces about the glory days, talks about himself in a big way and often boasts about what he used to be, coulda been or what he thinks he is, but the rest of the family don’t necessarily see it that way. We wanted to make some subtle references to Uncle Rico from ‘Napoleon Dynamite’ in the video because the movie is dope and he is that personification of what we’re talking about. The song is really about ego, and it’s that inner ego that everyone holds within them.”

Watch the video for “Uncle Rico” below.

“Our crew and extras went through hundreds of water bottles, freezies and things alike,” Larose adds. “It’s one of those shoot days you don’t forget, but the energy of Quinton and Darren and the whole group pushed everyone through. The look and feel of the film is so tactile and raw and really lent itself to what we were trying to capture. You have to get it in 2-3 takes and move on. Luckily the guys are naturals. Cody Lightning was great to work with. He was consistently inventive and always brought ideas to the table. He, Quinton and Darren even ate really hot hot wings 5+ times! True professionals. Our amazing Director of Photography, Kaayla Whachell, made everything look great, and our producers, Sophia and Luis, kept everyone safe and hydrated, while also keeping the show moving.”

Sunshine Boysclub goes for a bike ride in video for ‘Right Out The Window,’ shares new album ‘Hut on the Hill’

Self-Driving the Golden Circle in Iceland