Ever considered (but not hoped) what Toronto would look like if it was under the presence of Military forces?

If you were in the East end on Saturday, you might have had a look at exactly that. The 32 Combat Engineer Regiment were practicing practice assault boat landings on Toronto beaches. While it was only training exercises, if you had no idea what was going on, you might have assumed that Toronto was under invasion.

PUBLIC ADVISORY:
Canadian forces conducting armed simulated training exercises in the Beaches area.
We are not being invaded.
^dh

Take a look at the photos, posted by the 32nd Brigade Group, that while look badass as hell, does depict a pretty haunting image of the city. 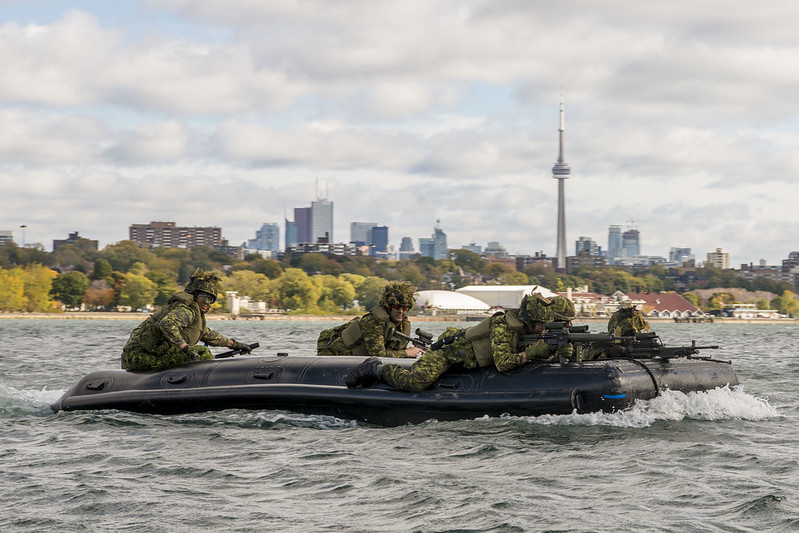