Here is a list of some of Toronto’s oldest restos, from oldest to youngest:

Wheat Sheaf Tavern | 1849, 168 years old
The city’s oldest watering hole, Wheat Sheaf was once the go-to destination for the troops from the Garrison at Fort York. Throughout its history, Wheat Sheaf played role as a tavern, often housing labourers and operating as a hotel. Enjoy some Toronto history over a beer (or 4).

The Senator | 1929, 88 years old
Converted from a house to the Busy Bee Dinder in 1929, the “B” consisted of an open kitchen and counter, and became a local destination for traditional meals and coffee to go. In 1948, owner George Nicolau renovated and expanded the Busy Bee and renamed it the Senator. Designed and built by the Toronto Refrigeration Company, the Senator remains today in its original style and fixtures from 1948. The Senator became a Toronto landmark earning a reputation for the “best egg sandwich and coffee” in town. 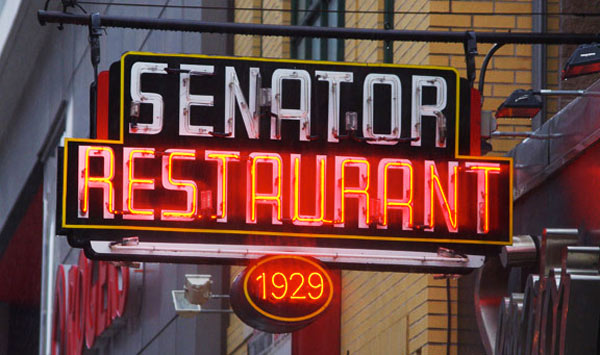 Vesuvio’s Pizzeria & Spaghetti House | 1955, 62 years old
This family run pizzeria is the oldest one in Toronto. Famous for their New York style pizza, Vesuvio has become the experts of pizza making. The four Pugliese brothers once operated eight locations but have since shut down to one, knowing that they could not operate at their high level of quality without one of the brothers present. 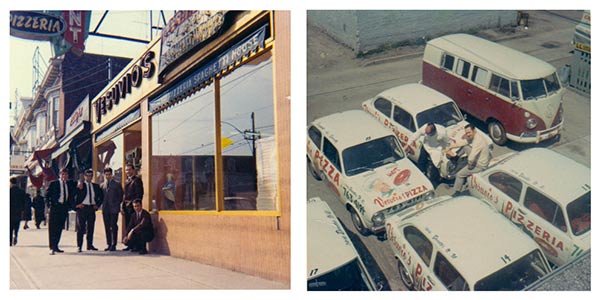 Sicilian Ice Cream | 1959, 58 years old
Straight from Sicily post-World War II, four brothers took after their father’s legacy of gelato making after his death. In May of 1959 the Galipo Brothers settled on College St. and started to make the gelato worthy of their name “Sicilian.” The oldest ice cream shop in Toronto can also be referred to as the Pioneers of Italian ice cream, the granddaddy of Toronto’s Gelateria world.

Tom Jones Steak House | 1966, 51 years old
Fillet Migon Steak, Roast Prime Rib, Filet of Salmon are served up daily at Tom Jones Steakhouse. Having been in business since 1966, the award winning steakhouse is the perfect place for dinner as well as after theatre or late dining. New York style piano bar and dining room, and a wood-burning fireplace create the perfect atmosphere for dining in one of Toronto’s oldest steakhouses.

La Castile | 1968, 49 years old
La Castille has been an enchanting dinners for more than 45 years. In a setting that is fresh out of centuries past, you can dine in the magnificence that is singularly La Castile’s. From the flaming pots on the walls, to the large chandeliers and stained glass window, La Castille is guaranteed to take your breath away. Oh and the food is good too. 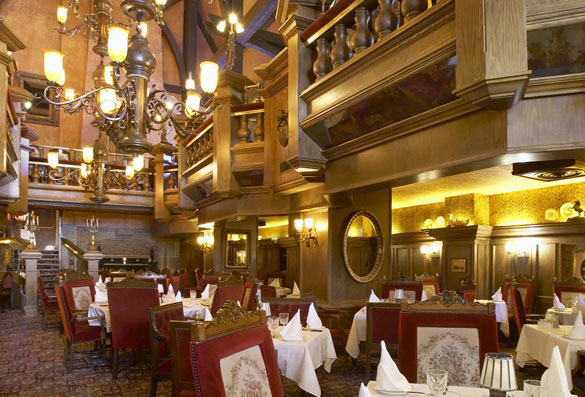 Old Spaghetti Factory | 1971, 46 years old
This list wouldn’t be complete without including the iconic old Spaghetti Factory. Originally a blacksmith shop in 1898, this unique restaurant has been renovated and is now complete with an antique elevator, streetcar, numerous interesting nooks and crannies, original stained glass windows from Europe, gas lamps, a 100 year old carousel and countless other intriguing antiques and artifacts. We recommend the spaghetti and meatballs. 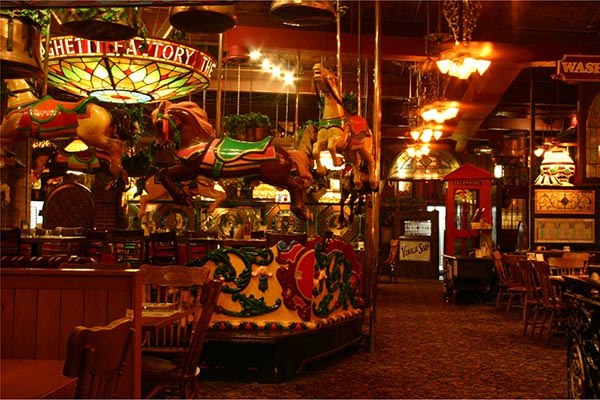