Vegan cheese is now going by the name of ‘Gary’, because it’s not cheese, obviously.

After an angry cheese-eatin’ Facebook troll went off at a Sainsbury’s grocery store for calling their vegan cheese, well – “vegan cheese”, they have rebranded. Last week, the UK supermarket received an angry Facebook post from a very bitter dairy lover who discovered their new line of coconut based dairy-free cheese. 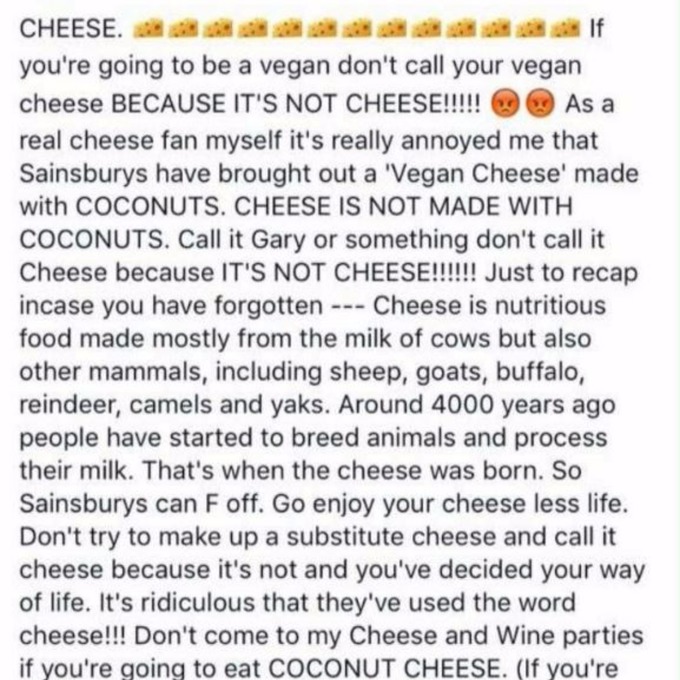 The supermarket even stepped up and revamped their vegan-friendly product to better suit it’s dairy free brand.

Thanks to customer feedback, we’re excited to introduce our new range of #Gary ? pic.twitter.com/Mr3dgokDIO

Daiya, a dairy alternative food company made popular for it’s Gary even got in on the fun.

What do you think about the whole Gary fiasco?