Margo Price With Her Killer Pickers and Ivory Tickler

Country music phenom Margo Price graced the West Stage early on a beautiful, sunshinin’ Friday, and there was nothing laidback or breezy about it. Price and her Pricetags were raucous and rowdy, a feat in itself considering they blew the roof off Lee’s Palace the night before, and damn can her band play.

Between breakneck twangy guitar solos, a keys player who tackled organ and synth with fingers like lightning, sharp-as-a-katana steel guitar licks, and a backbone rhythm section that hammered away to keep them all on pace, your eyes darted all over the stage to hear where those righteous sounds were coming from. But they always returned to Price, whose voice is even more powerful live than on her fantastic debut, Midwest Farmer’s Daughter. With covers from Loretta Lynn and Billy Joe Shaver to boot, it was an hour worth leaving work early for.

It’s been four years since The Hives put out any new music, but that certainly hasn’t slowed them down or dulled their live act. Howlin’ Pelle Almqvist took the stage with his band in their signature black and white monkey suit get-ups, running all over the place and, well… howlin’.

It was only Friday, and there wasn’t a band all weekend who could compete with the Swedish band’s manic stage presence. “They say rock ‘n’ roll don’t work in the daylight,” Almqvist yelled. “But they ain’t never seen The Hives!” True to his word, the set was like nuclear energy distilled, with Almqvist providing some more choice lines, including referring to “Hate To Say I Told You So” as the “riff of the century,” staking claim to Fort York, and screaming, “I am your favourite rock ‘n’ roll asshole!”

At one point a fan tied his shoe and he celebrated her: “Rock ‘n’ roll would be impossible tonight without Sandra!” They spit a surprising amount. They kicked a water bottle out of the air. It was great.

Dwayne Gretzky Pay Tribute To The Great Ones

One of the most poignant sets of the weekend came from local cover tune extraordinaires Dwayne Gretzky, who did an entire set of songs by The Tragically Hip.

With the potential last live shows the Hip will ever play still in our rear view mirror, love for the band is at an all-time high, and there was something about watching an entire parking lot full of people sing along to songs like “Wheat Kings” as the sun set over Fort York. One of the singers told his first concert story about getting ridiculously high as a teenager and going to see the Kingston group, which he said “changed his life.” Judging by the chorus of voices, he wasn’t the only one. They did an especially scorching rendition of “Fully Completely,” and then eventually ended the set with “Ahead By A Century.” And that’s when the hornet stung me…

Matt Mays Gets An Assist From Sam Roberts

It felt especially like Mays and co. were swinging for the fences with this one, as each song featured at least one massive, extended guitar solo and most lasted at least seven minutes, producing a six-string din that must’ve rattled the condos overlooking the fort. But the big surprise came right at the end for Mays’ biggest hit, “Cocaine Cowgirl,” as Sam Roberts and pals joined the band on stage to rail through a deafening, nearly 10-minute version of the song.

Roberts had rushed over after his performance in Distillery District for the World Cup of Hockey. They might have went into overtime a bit, but it was worth it.

Rain Or Shine, The Show Must Go On

It wouldn’t really be a true TURF experience without a nice sprinkle of torrential rain on at least one of the days. This year’s special day was Saturday. Thankfully, all the really terrible downpours happened around the time Fort York opened for the day, and after that there were only a couple sort of terrible showers.

That couldn’t stop a young pro like Julien Baker, though, who treated fans to her lonesome, powerful tunes throughout the late afternoon. As oldschool outsiders Okkervil River took the Rebellion Stage, though, the rain lifted as clouds were pushed away by a beautiful vanilla sky.

Singer Will Sheff apologized that we all had to deal with the wetness. Boots were caked with mud and clothes were drenched all the way through, but the smart ones among us grabbed a free Indie88 poncho. But as the Texas band played their eloquent tunes for the crowd gathered, a giant rainbow formed over downtown.

The Barenaked Ladies Get Weird

The Barenaked Ladies were all moxie for their set, with lead singer Ed Robertson cracking jokes about the construction all around the fort (including the crane immediately to his left) and ad libbing raps about Toronto and the festival. The band did a sweet tribute to the recently lost actor Gene Wilder when they played “Pure Imagination” from Willy Wonka & the Chocolate Factory, and got Adam Hindle from Born Ruffians up on stage—a dream of his, apparently—to play congas on “Brian Wilson.”

And holy mackinaw, did he play the congas. Hindle’s hands must’ve been on fire after the conga solo he ripped, which sent the crowd into a friendly frenzy. Later, during “If I Had $1000000,” someone in the crowd ripped open a box of Kraft Dinner and threw it everywhere, and then about a minute later tossed a stuffed monkey on stage (all in time with the lyrics pertaining to monkeys and Kraft Dinner, of course).

One of their last big moves of the night deceptively started as a cover of Bill Withers’ “Lean On Me,” but soon branched into a medley of a dozen different songs: Drake’s “Hotline Bling,” Bieber’s “Love Yourself,” Rihanna’s “Work,” Celine Dion’s “My Heart Will Go On,” and even “The Imperial March” from Star Wars. At that point, Darth Vader actually graced the stage. You can’t make this stuff up.

The Hold Steady’s Sunday afternoon set—which had them play their 2006 masterpiece Boys and Girls In America was one of the most anticipated of the weekend, and no one left without raising a fist or yelling a chorus.

Once again armed with keyboardist Franz Nicolay (who left the band in 2010 and returned for this tour), the native Minnesotans slayed with Craig Finn’s bar-rock bard charm and chunky classic rock riffs. Before “Chillout Tent,” the incredibly animated Finn took a breather to tell a story about talking to a paramedic at a recent music festival about the slew of drug overdoses and how to be careful when attending an event like that. “Take the old-fashioned drugs,” the paramedic apparently told him. “Anything they had in the ‘70s is safe.”

Just in case you were wondering. Post-Boys and Girls, the band rampaged through some sure crowd-pleasers, including a fist-pumping “Your Little Hoodrat Friend” from Separation Sunday. Damn right, they’ll rise again. 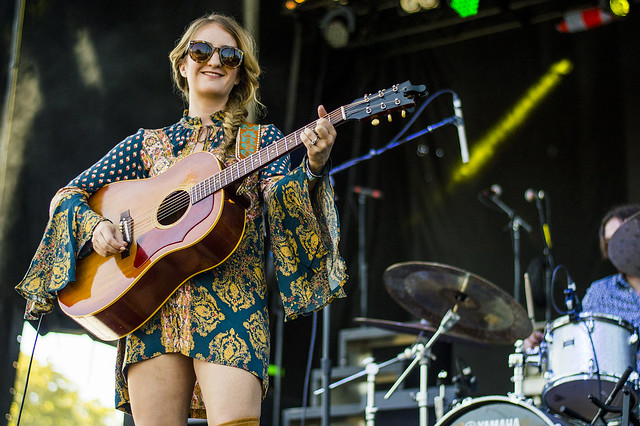 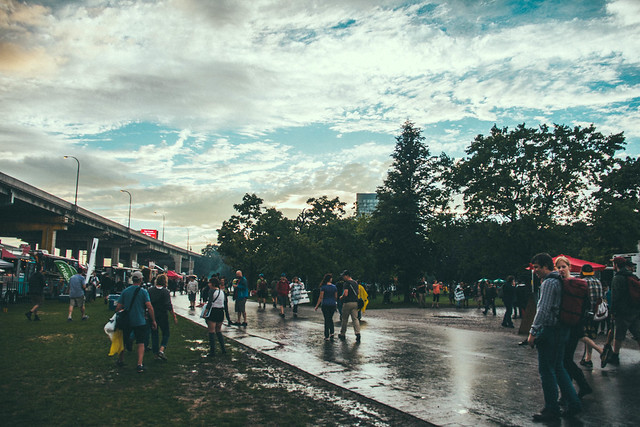 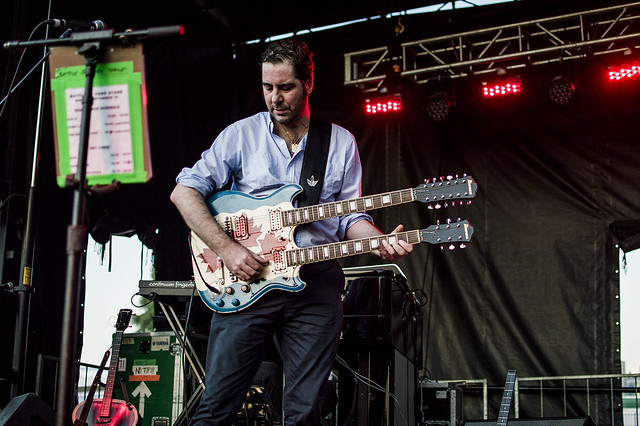 The 4 Best Ice Skating Rinks Mississauga Has To Offer

Trying To Find The Best Martial Arts Gyms In Toronto? (Our Top 5 Picks)