Last year, we said that the first time for anything is a big moment. The second time, though, might be even more important. While the first time is all adrenaline and confusion for a lot of things, the second is often when you decide whether you like it enough to stick with it, or decide it’s not worth your time (and money). To maintain its foothold in a now super-saturated market, a music festival has to at least reel you in that first time, but it has to find its own voice, and convince you it’s worth staying with by the end of the second. Success is not as simple as throwing a whole bunch of cool acts into a field and hoping people are into it. What more can you offer? How are you gonna change my life?

In its second year, WayHome seems to have found that voice, and while they haven’t totally developed it into its full potential, they are certainly singing their hearts out. With consistently gorgeous, scorching weather the entire weekend, everyone took advantage of the stacked line-up, with a lot of people hitting the grounds early and sticking around to check out bands like Toronto smooth groovers River Tiber, Missouri’s down-home Americana act Nathaniel Rateliff, or Glasgow electro-pop all-stars CHVRCHES. But that wasn’t the only reason to bolt through the gate. Same as last year, numerous art installations and rides and activities were set up throughout Burl’s Creek, providing endless entertainment between sets (and endless lines at the Reebok ferris wheel). While the saturated branding is always a bit of a thing to roll your eyes at, it’s also par for the course at these mega-festivals. Thankfully, for some reason it felt a bit less aggressive this year. Vitamin Water set up a human car wash and Fido had some weird dog house thing where you smacked various shiny things with sticks to make some music. All shameless advertising, of course. But when it’s 35 degrees and you want someone to hose you down, a human car wash sounds pretty enticing. 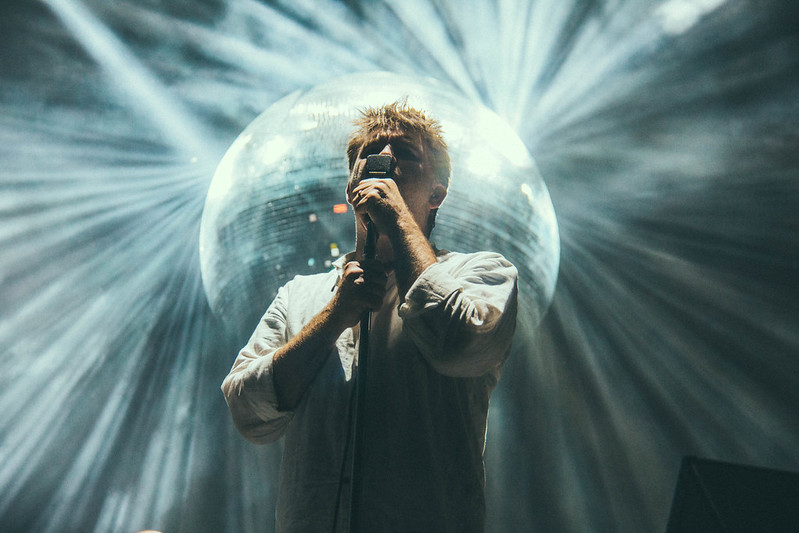 The atmosphere was pretty grand and breezy, thanks to the return of the massive flags that dotted the fields last year, giant signs reading things like “I FEEL YOU” sprawling with flora, and one wiry white wicker-like underpass. This is more or less where WayHome shines. A lot of big festivals, for one reason or another, lack the take-it-easy-ness you would expect with an event that the blueprint for is usually Woodstock. With way more water stations this year (my personal choice for best addition), people stayed mighty hydrated, they (mostly) seemed to take care of themselves, they danced and laughed, and obvious signs of douchebaggery seemed pretty rare. Creating an atmosphere where people feel like they can just hang out and mosey from stage to stage and not go crazy constantly is tough when the entertainment is non-stop, but if there’s one thing WayHome seems to have gotten the hang of, it’s creating a place where you can chill out.

Taking a break from the big WayHome crowds, we snuck away with Metric into a beautiful secluded spot in the forest for a quiet acoustic performance. Under the shade of the tall pine trees, Emily and Jimmy performed “Cascades”, from their 2015 album Pagans In Vegas. Watch below:

Saturday, by any measure, was the biggest and boldest. Little Scream’s spaced-out, otherworldly pop-funk hybrid kicked things off early, with Quebec’s sparkling Half Moon Run and Bahamas taking care of the good vibes in the later afternoon. A Tribe Called Red’s rousing beats pulsed through the WayBold stage, and the return of Third Eye Blind took place on the main WayHome stage, with lead singer Stephan Jenkins spreading his good vibes over a big crowd by imploring everyone to, “turn around and have the courage to greet someone and tell them they’re going to have a great time.” Kurt Vile chilled the WayBright crowd with his beer-soaked easy rockin’ tunes. Later on, FKA Twigs blissed out an audience with her sultry, seductive R&B, while Major Lazer ended the night with an insane neon dance party. But the big moment of the evening came at the end of Arcade Fire’s nearly two hour set. As the band pounded through the grandiose “Wake Up,” Régine Chassagne belted the lines “with my lightnin’ bolts a-glowin’, I can see where I am goin’,” and an electrifying fireworks display lit up the sky above the campground. 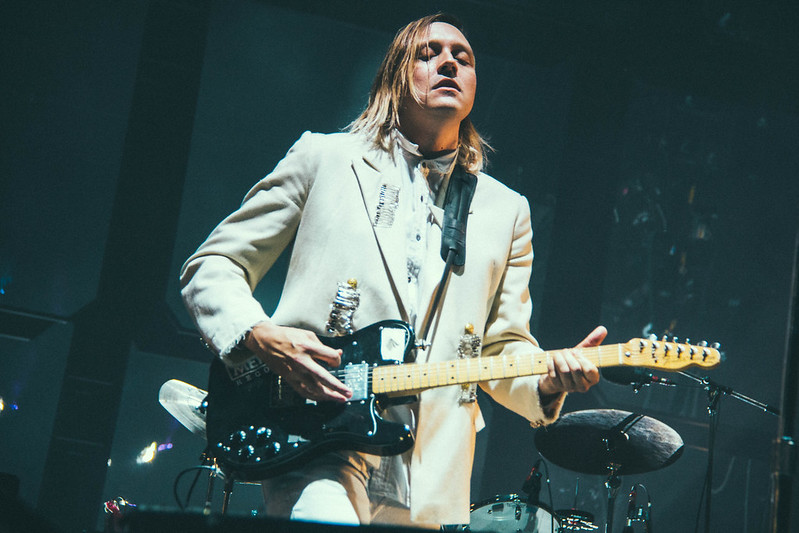 Sunday brought much-needed cloud cover to soothe the red, red backs of campers, and some early morning grunge with Dilly Dally to try to scream away their hangovers. Stars flew through a sweeping set of their melodramatic tunes, with singers—a pregnant Amy Milan and Torquil Campbell in a “Doing It For Gord” shirt—tugging at heart strings and ranting about technology. Black Mountain headbanged through a set of heavy rock ‘n’ roll stompers, The Arcs served up some blues rock, and the athletic Robert Delong played his glitchy electro-pop, bouncing athletically from device to device to drum set to drum set smacking things, twisting nobs, and making noise with video game controllers. And Haim was arguably the best act of the day, with sugary hooks over ‘80s-inspired pop tunes, shredding solos, and one giant drum freakout to cap their set off. It didn’t hurt that they played Prince’s “I Would Die 4 U.” 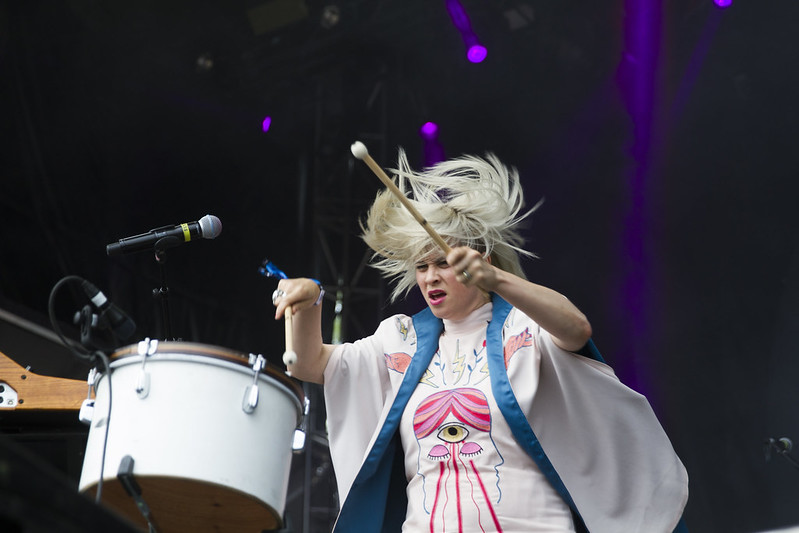 So, as The Killers wrapped things up on a beautiful weekend of cool music, hot weather, and lukewarm food and drink prices (seriously I know this is how it is, but can’t we change the whole $10.50 for a Coors Light thing?), it seemed like WayHome’s voice was a little fuller, with less cracks, and longer notes. The festival’s strived-for mission in Ontario’s long list of music festival experiences seems to be clear: to be the biggest and best there is, but to use that ambition to create a place that’s easy, like we said last year, to get lost in, somewhere time and worries cease to exist. And it’s not hard, while you stand alongside your best pals under colourful flags lit up by an Ontario moon, watching or dancing to one of your favourite bands, for that trick to work.

Mac DeMarco serenaded us in the trees: